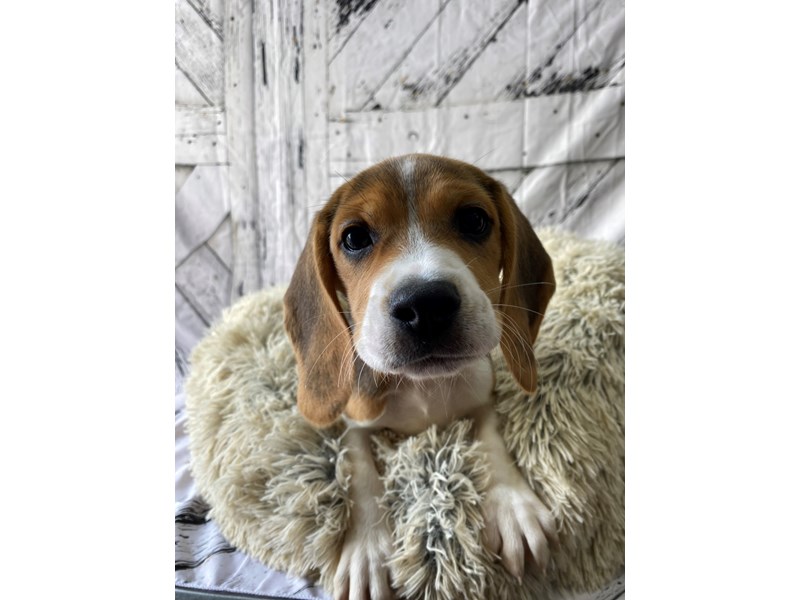 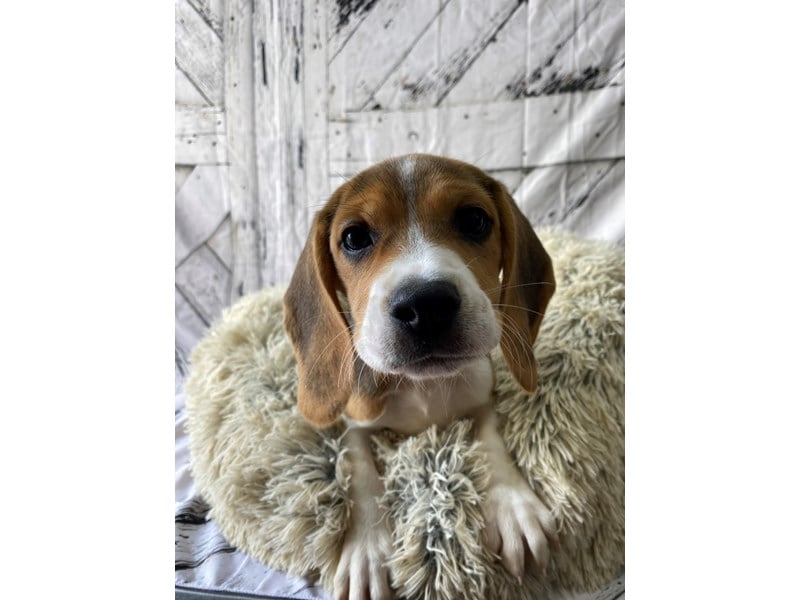 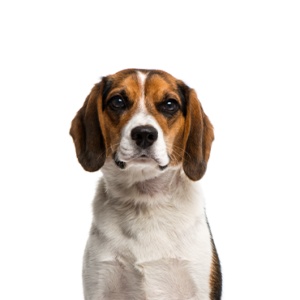 The Beagle is a small dog breed whose energy lever supersedes its miniature stature. They are known for their happy barks, loving selves and how much they connect with children. Discover more about our Beagle puppies for sale below!

However, as much as they’re as cute as a teacup, the Beagle is a type of hound and tends to portray its independent streak every now and then.

They are scent hounds that look a lot like foxhounds and can wander during the course of trailing scents. Because of their noses and brains acting in unison, Beagles were and are still used to retrieve small animals like rabbits during a hunt.

Beagles have been in existence since medieval times. The name ‘beagle’ is thought to be a derivative of the old English word for small, ‘beag’. Despite this uncertainty in the origin of its name, it’s still unclear how this breed came to be.

However, it is true that William The Conqueror in the 11th century brought a breed that came to have an ancestral link with the Beagle to Britain. This dog breed was the Talbot hound. It was only a matter of time for this breed to be crossed with Greyhounds which after many generations later, indirectly created the Beagle. Beagles were gaining more appreciation in England as Edward the second, Henry the seventh and Queen Elizabeth the 1st had beagles in their keep.

In the 1800s breeders from America started importing Beagles into their litter, and the cheery breed was recognized AKC recognized in 1884, right after it was established.

Beagles are very energetic, sweet, loving and funny breeds. Beagle owners usually spend the day laughing, well that’s when they’re not trying to get them to behave. Beagles generally have an even temper and a calm disposition.

They’re very amiable and are mostly seen in their merry states. Being a hound breed, they are used to their pack which in this case could be the owner, hence they are predisposed to separation anxiety. Some dog owners say beagles bark or howl a lot. This may be true when they’re faced with new situations.

Beagles are pretty great in apartment buildings. They tolerate hot temperatures more than the cold ones. However, as much as they can thrive and adapt to various environments, the Beagle is a hound and hence it loves the serenity of open spaces.

This breed needs an environment where it can wander freely. Hence, if your home has a yard, ensure it is properly fenced to ensure the safety of your beagle. This breed is very accommodating too and it doesn’t have any major requirement with respect to how and where it lives.

As you already know, the beagle is a very energetic dog. Their exercise needs are very high and its intensity equally peaks the chart. They are very playful which is what makes it a great family dog especially when one has kids. Training them can be difficult, especially when they’re trying to run off and follow random scents every now and then, however it is attainable.

This dog breed is so active that in the absence of exercise routines or engagement activities to keep them busy, they will create their own amusement by rummaging through your house, digging holes in your yard or trying to escape your abode.

Taking them for walks to the park, engaging them in dog sports and finding time to play with them will numb their destructive side and keep them happy all through the day.

Beagles are known to have particularly smooth double coats. These coats are so dense that they are water-resistant. Their grooming is simple. Their fur should be brushed once a week while baths should be scheduled monthly.

They mostly shed during Spring as they lose the thick coats but it could often go unnoticed because of their short hair. Their ears should be cleaned and checked for growths or possible symptoms of infections while their teeth can be brushed thrice weekly. Nails could be trimmed twice a month but should be done with care to prevent bleeding.

The unregulated breeders who are selling outside of the USDA regulations and without a license are what we consider to be “Puppy Mills.” We are committed to offering Beagle puppies who will grow up to become important members of your family. We only purchase puppies from the very best sources, and we stand behind every puppy we sell.