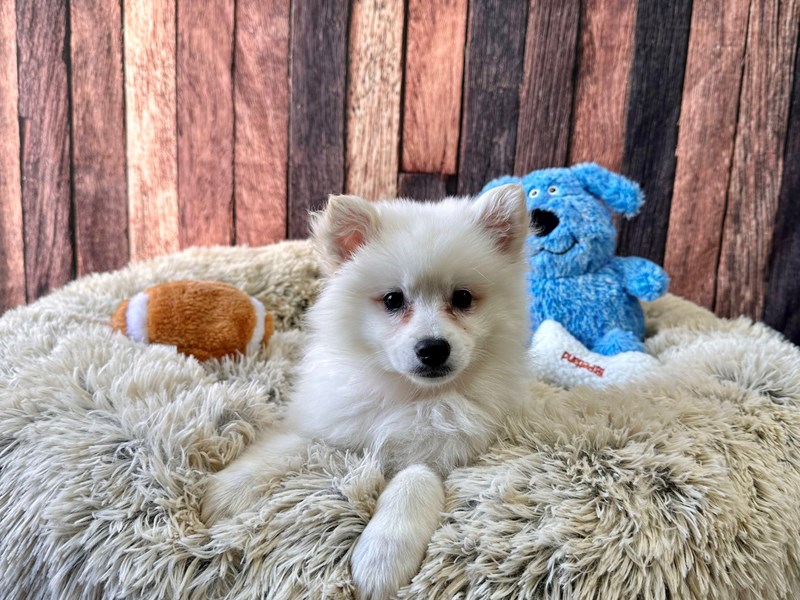 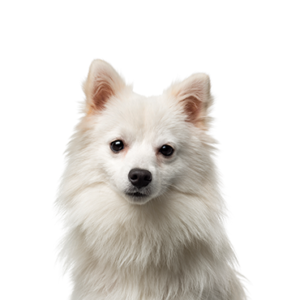 The American Eskimo is a strikingly beautiful dog with its stellar white coat and beautifully structured face. Commonly known as the “beautiful dog”, American Eskimos have become quite a favorite amongst dog lovers over the years because of their loyalty, fluffy coat and the heart-warming companionship they bring.  Discover more about our American Eskimo puppies for sale below!

Ever heard of the Spitz family of dogs? American Eskimos are members of this family and they are widely known for their physical features which are almost fox-like and include curled tails, thick coats of fur, and really small ears. The real history of the American Eskimo is not fully known. However, what is known is the fact that in the past, these white, Spitz dogs were found in the German immigrant communities in the US. Many people believe they are direct descendants of the German Spitz dogs who came with German immigrants into the country many decades ago. Over time, they became known as American Spitz dogs. It was however renamed “American Eskimo” in 1917 for reasons unknown to anyone.

Aside from its stunning looks which endear the American Eskimo to many people, they also have a very infectious personality. They are active, playful, loyal, and love having a lot of exercises. They are also very wary and protective of their environment and this makes them really great watchdogs. They love family time and don’t like being left alone for long periods. Due to their active personality, they need an outlet for all the pent-up energy and this is why they always have to have a medium to play around the house. They crave and offer a lot of companionships and tend to suffer from separation anxiety when left alone for long periods.

American Eskimos can thrive in different kinds of environment. Since they s=constantly crave companionship, they can survive as apartment pets. However, since they are pretty active, they love to run around in a yard and play in the grass. Seeing that they are family dogs, they thrive well around children and love to be around them. It is also important that kids know how to act around dogs. It is important to note that older eskies are calmer than the younger ones and love to stay home with the family very often. Younger eskies, on the other hand, are a lot more active and would want to play more often. It is important that you take your environment and family situation into consideration when deciding on the age range of the eskie you want.

To ensure your American Eskimo stays in perfect health for the rest of its life, it must get at least 45 minutes of good exercise on a daily basis. This is regardless of whether it is raining or shining. They love to be given tasks and to perform various tricks for their owners, so it is important that they are kept active. The amount of exercise your eskie gets should be hinged on how old your dog is. Older eskies do require daily exercise but will not be with the same intensity as that needed by younger American Eskimos.

Eskies have a thick coat of fur and an even thicker undercoat. This means that they do shed a lot and would require frequent brushing about two or three times weekly. This is to keep them from shedding all over your home. One would think that the American Eskimo is hard to clean because of its white fur. On the contrary, their furs contain oil and this makes it difficult for dirt to latch on to them.

They should be bathed at least once every couple of months when they get very dirty. This is because bathing an American Eskimo too often might lead to skin irritation, giving room for infections. Their ears should also be assessed every week for dirt, sores, foul order or anything that might seem like an infection. Their toenails should also be trimmed once every month.

The unregulated breeders who are selling outside of the USDA regulations and without a license are what we consider to be “Puppy Mills.” We are committed to offering American Eskimo puppies who will grow up to become important members of your family. We only purchase puppies from the very best sources, and we stand behind every puppy we sell.