Want more information on this F1B Goldendoodle? Please fill out our Pet Inquiry form below. 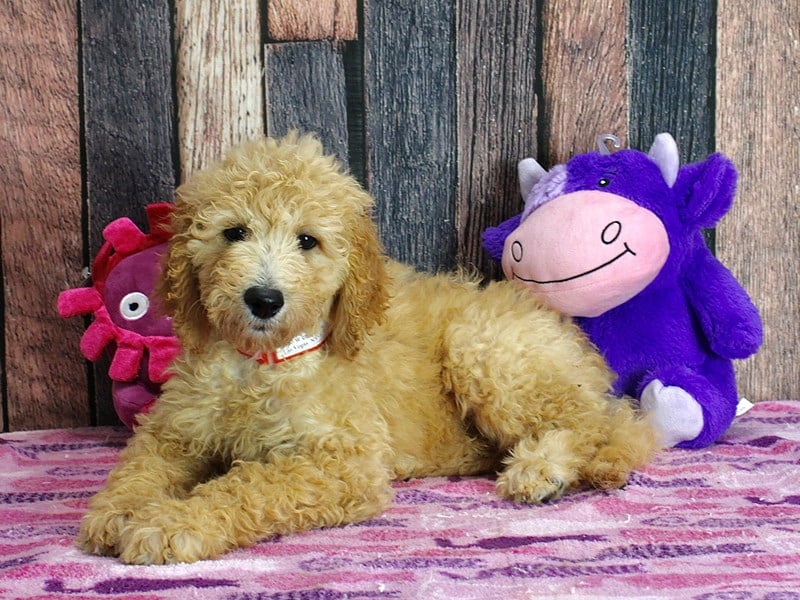 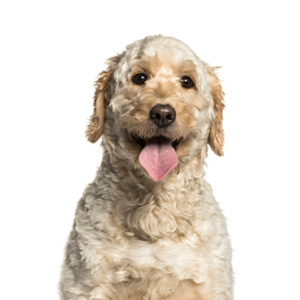 The Goldendoodle is known for its social qualities and friendly disposition. With varying traits among this crossbreed, the Goldendoodle often referred to as labradoodle is considered one of the most lovable canines. Discover more about our Goldendoodle puppies for sale below!

First crossed by Monica Dickens in 1969, the Goldendoodle came from the golden retriever and the poodle, hence the name ‘Goldendoodle’. In a bid to aid blind people and serve as a companion, American breeders attempted to take the positives of the poodle’s hypoallergenic coat and the golden retriever’s sociable qualities. Due to the variation in traits inherited from its parents, the Goldendoodle can have different sizes and colors.

The golden doodle is generally a loving and cuddly dog. Being ranked as one of the most intelligent dogs, the golden doodle won’t be giving any problems to new pet owners or novices.

They are very calm and loves to be around its owner, for the most part, does very well when shown affection by others.

This dog is not a fighter and occasionally barks, so it wouldn’t make a very good watchdog. However, golden doodles are crossbreeds and so comes the varying traits of its parents.

The golden doodle is quite the adventurous dog so it loves to move around and roam freely. That being said, this dog would do well where it isn’t confined like an apartment.

A nice yard would suit the Goldendoodle where it can satisfy its exploratory tendencies. Due to its wandering nature, a fence would be ideal to give some boundaries.

For Goldendoodle’s, about 30 minutes should be enough exercise because with or without you they will be quite active.

The ‘together time’ while going for a walk or a run is what really keeps this doodle mentally and physically sound.

One of the main reasons for crossbreeding the golden retriever and the poodle was to get a breed with reduced shedding. However, the Goldendoodle should be brushed once a week and should be bathed only when it is physically obvious it needs one.

This also includes when it starts smelling unpleasant. The nails are naturally trim when Goldendoodles exercise and move about. Their faces and ears should be wiped so as to avoid infection.

The unregulated breeders who are selling outside of the USDA regulations and without a license are what we consider to be “Puppy Mills.” We are committed to offering Goldendoodle puppies who will grow up to become important members of your family. We only purchase puppies from the very best sources, and we stand behind every puppy we sell.